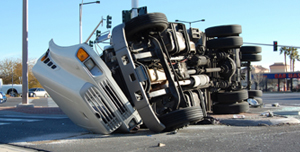 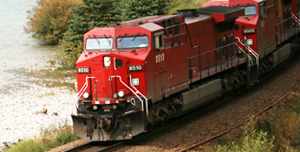 If injured while working for a railroad company, it is of the utmost importance that you understand your rights. Your right to receive compensation for your losses is governed by the Federal Employers' Liability Act, called FELA. The company you work for will have well versed lawyers and a team of experts investigating the accident in order to minimize your recovery compensation. Make sure you have experienced FELA lawyers working to protect your interests to receive the proper compensation for your injuries.

The Second Industrial Revolution, also known as the Technological revolution, brought amazing technology and resulted in numerous job opportunities. This was particularly true for railroad work. During the period between 1889 and 1920, railroad use increased by 6 fold in U.S. With such a demand for expanding the rail lines, companies put pressure on their employees, resulting in significantly more dangerous situations for their workers. Congress established the Federal Employers’ Liability Act (FELA) in 1908 in acknowledgment of the many implicit dangers of working for a railroad company. Prior to FELA, thousands of rail workers died each year on the job or were severely injured without any proper compensation. Unlike most other workers, railroad workers are often NOT covered by the state workers' compensation laws where they are working. Under FELA Law, railroad workers who are injured or disabled while on the job need to first establish some negligence on the part of the railroad, unlike state workers' compensation laws where no such proof is needed. FELA, is intended to provide injured workers and their families with fair and livable compensation for injuries, whereas states' workers' compensation benefits tend to be fixed or arbitrary while grossly under compensating workers for injuries. Since recoveries under the FELA are generally far greater than compensation awards would be under state workers' compensation systems, when railroads are found to have acted negligently, it is in your best interest to hire a lawyer.

Despite FELA's enactment in 1906 and the subsequent improvements made to FELA in 1939, and later by the Supreme Court in the 1950's many railroad companies still skirt payments, or strategize ways for not paying when damages are due. As a result of these kinds of dirty tactics, many injured railroad employees in the 1900's still went years without compensation, even though there was clearly liability on the part of the railroad. Even today, the railroad lobby is powerful and still attempts to influence congress to do away with FELA protections. Although the railroad unions push back and are diligent in protecting the FELA Act against attacks by the railroad industry, these tactics make it very clear that the railroad companies are not looking out for their employees. Therefore, it is crucial to find an experienced FELA attorney to help you understand rights and to fight for you.

After conferring with one of our lawyers, you can decide to accept the railroad companies off, make a different proposal, or go to trial.

When railroad workers are partially at fault for their injury, the FELA comparative negligence provision will be used if their case goes to trial. The jury will hear testimony from both the injured worker, as well as the railroad company. After all of the arguments are heard and based upon the evidence, the jury will determine who should be held responsible for the rail worker's injuries and how much monetary compensation should be allocated to the injured worker. The good thing about the comparative negligence approach is that the injured worker still receives a percentage of the jury's monetary amount that is equal to the employer's percentage of negligence. This means that if an injured worker is found 25% at fault and the rail company is found 75% at fault and the jury awards $750,000 for damages, the worker will recover 75% of the damages. In this example it would be $562,500 plus legal costs. What makes FELA Law so much better for the worker than state workers comp is that in many states if the worker is found more than 51%, the worker doesn't receive any compensation at all.

Workers Compensation covers some damages based on an accident, however it does not compensate for any pain, suffering, or mental anguish that may result. Under FELA, a jury will hear evidence regarding your pain and suffering. Their award is not just based on medical expenses or how much money has been lost from the inability to work.

Many workers are afraid to report their injury because of the fear of losing their job. DO NOT be afraid to make that report and find an experienced FELA lawyer. Make sure to document your injury promptly after the accident! by writing down and if possible photographing details of your accident. If anyone was a witness to the accident, get his / her name, address, and phone number. Obtain the very best medical care that you can through your own doctors. In addition contact your union officials and contact an attorney. Do NOT give a written or recorded statement to a claim’s agent or an official of the railroad until speaking to your own lawyer.

An injured worker does have 3 years to file a claim, however it is better to start the process sooner than later.

Attempting to understand the process for recovery under FELA regulations without a lawyer can be incredibly confusing and frustrating. Making sure you have an experienced FELA attorney is pertinent to a successful outcome of your case. The railroad will promptly use their claims lawyers and detectives to attempt to create a case against you, which can make the process even more difficult for you. Having the expertise and confidence of lawyers like Gordon, Elias and Seely on your team will help to protect your interests.